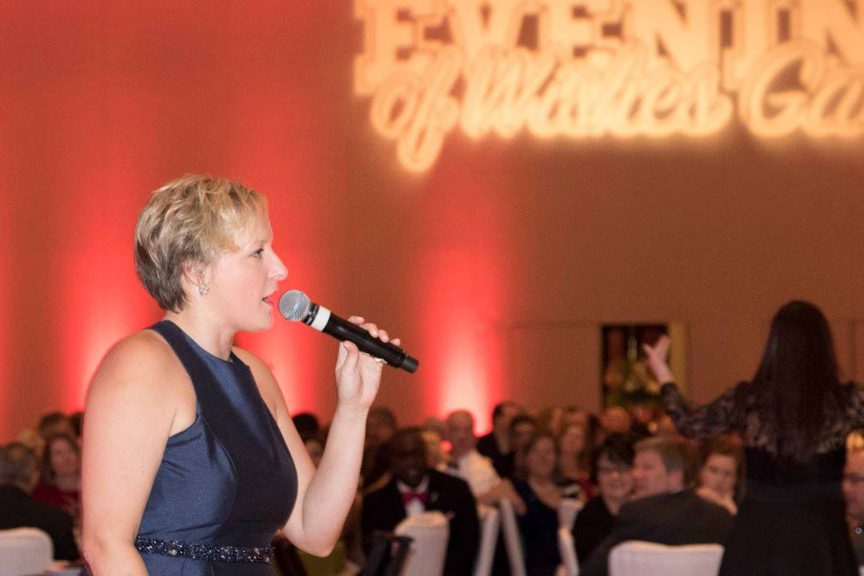 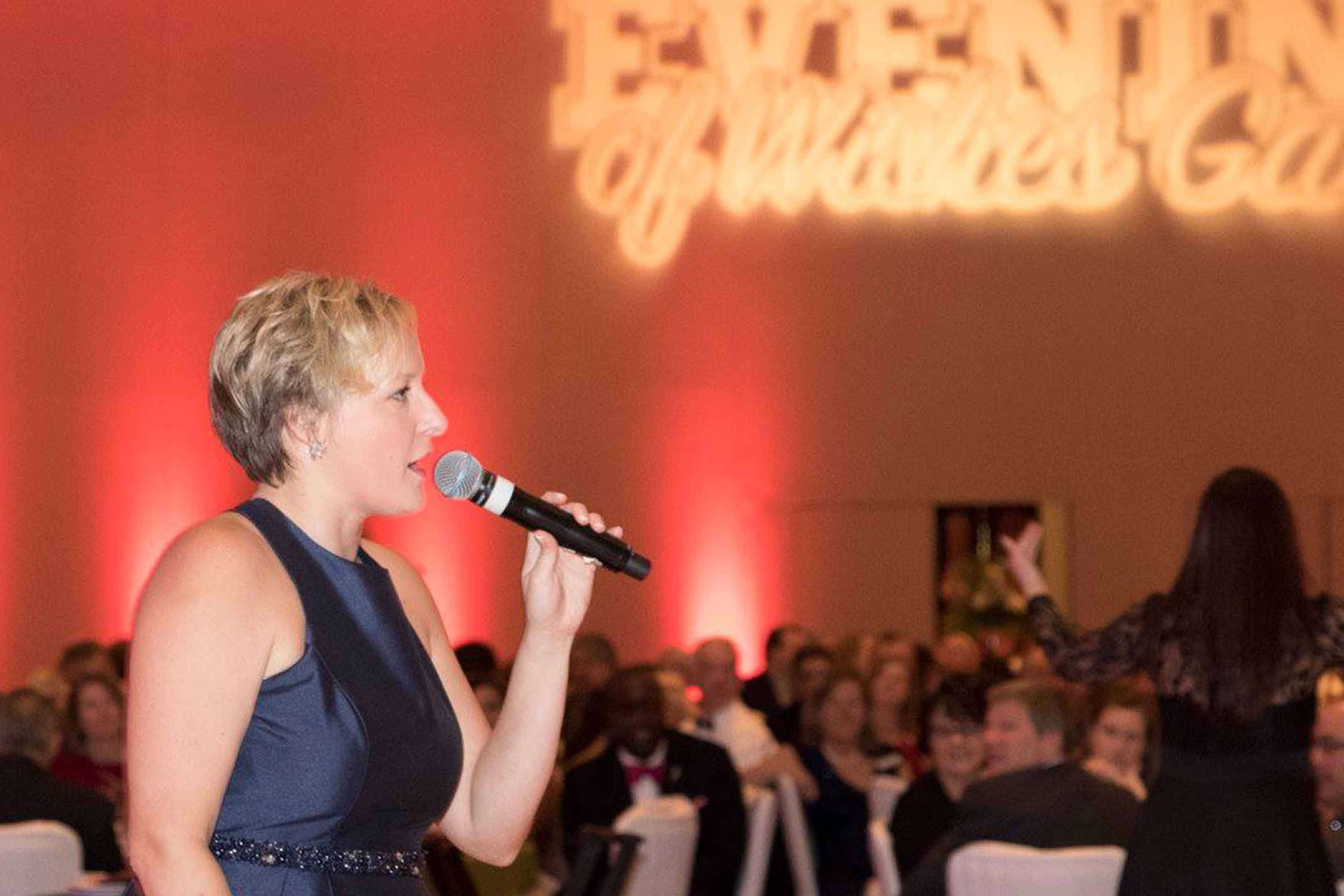 It took a long time for her mother to become established.  After her 5th competition she was pulled aside by another female and the older woman said “You know you will never win right? This is a good ‘ole boy club and you just won’t win.”  She kept her head high, buttoned her suit jacket, put her shoulders back and knew she wouldn’t stop.  She competed every year.

She made a name for herself and felt the power and strength she had didn’t have anything to do with her gender.  When a women’s division opened up in the competition she signed up proudly.    As she walked into the sign-in room she didn’t expect to see 40 other women there.  Where had these other women been?  Who knew there were so many women in the industry?  Why hadn’t they stepped forward with her before?  She proudly competed and proudly lost as she was wooed by the other incredible women.  She worked hard to compete.

After 15 years of competition, she finally won the title International Champion Auctioneer.  The pride filled the family.  Her life was seen beyond what they knew.  Her power crossed gender lines and her career blossomed.

Fast forward to her daughter.  Raised to believe there was no glass ceiling.  Not understanding the gender limitations.  Almost needing to be taught about them until she decided to follow in her famous mother's footsteps.  As she walked into auction school she was surrounded by 50 other students striving to become fast talkers.  She was 1 of 3 women in the class.  The men cattle called, teased and made “get her done” jokes the entire course.  She kept her head high buttoned her suit jacket and put her shoulders back, just as he mom had done for all those years.   “My power is not defined in my gender” she knew.

The daughter worked hard at her chant, at building her business.  She balanced a fine tightrope between family and career.  In her auction academy, she again faced the gender barrier.  Here she was faced with befriending the most inspiration and exciting people in her industry.  Classes full of education and nights of shared auction stories.  She laughed and learned more than she ever had.  She respected these classmates and knew that the future with these friends were bright.  The auction academy was 10 days long and took 3 years to graduate.

After the 1st year she could hardly wait as the week approached for the next session. The anticipation of what she would learn as well as seeing these great friends and hearing how they had all applied their learnings during the year.  She was thrilled when she got there and saw a group of guys she had been so close to the previous year.  As she approached they waved a “hello” and walked away from her.

“Ouch,  that was weird,” she thought.

They continued to shut her out of conversations and invitations to group activities and lunches.  She was confused until she pulled one of them aside.  They had been good friends the year before, so she asked what had happened.

“Our wives don’t want us to talk to you,” he replied, “They don’t like us having attractive female colleagues.”

So there is was… The glass ceiling.

Devastated, she returned to her room and called her mom.

“Yes darling, that is the good ‘ole boy club and the good ole girl cat scratch. You are better and stronger than that and they will be sad that they miss out of your magic,” said her mom.

The girl again picked her head up, buttoned her suit jacket and put her shoulders back to rise above and harness her mother's inspiration.

The girl continued the program and found new friends.  She belonged there.  She had the background, the experience and the knowledge to be in the program and no one would slow her down.  He mother had worked so hard to prove to her deserved place and she would not let her gender stop her.   She was growing and building the life she wanted and deserved.  She went home and shared her plans, knowledge and goals with her mother.  Her mother was so proud and told her of course she can have that career success and she would.  She continued to grow her business and family.

Until the day it happened.

The girl stood backstage of one of the biggest events she had done yet.  She was about to auction to celebrities and millionaires.  She talked to her auction friends, the ones that would build her up no matter what her gender.  She got ready to take the stage and raise hundreds of thousands of dollars to changes children's lives.  She picked her head high, unbuttoned her jacket, stepped into a designer gown, threw her shoulders back and knew not only would her gender not prohibit her here, but it would help her.  Her strength was not her gender, but her power that would shine and her skill that would change the world.

Her mother, that had been her inspiration, stood next to the stage beaming.  She kept her head high and jacket buttoned and she knew her daughter had proudly surpassed her and the fights she had to fight her entire career would no longer hinder her daughter’s growth.  More hurdles and business obstacles will come and be in her way, but her gender would not be one of them.   Her mother had earned her a seat at the table, but she showed her where she belonged.  Now her daughter had taken that roll and was going to run with it.